Long Exposure of the Blasket Islands 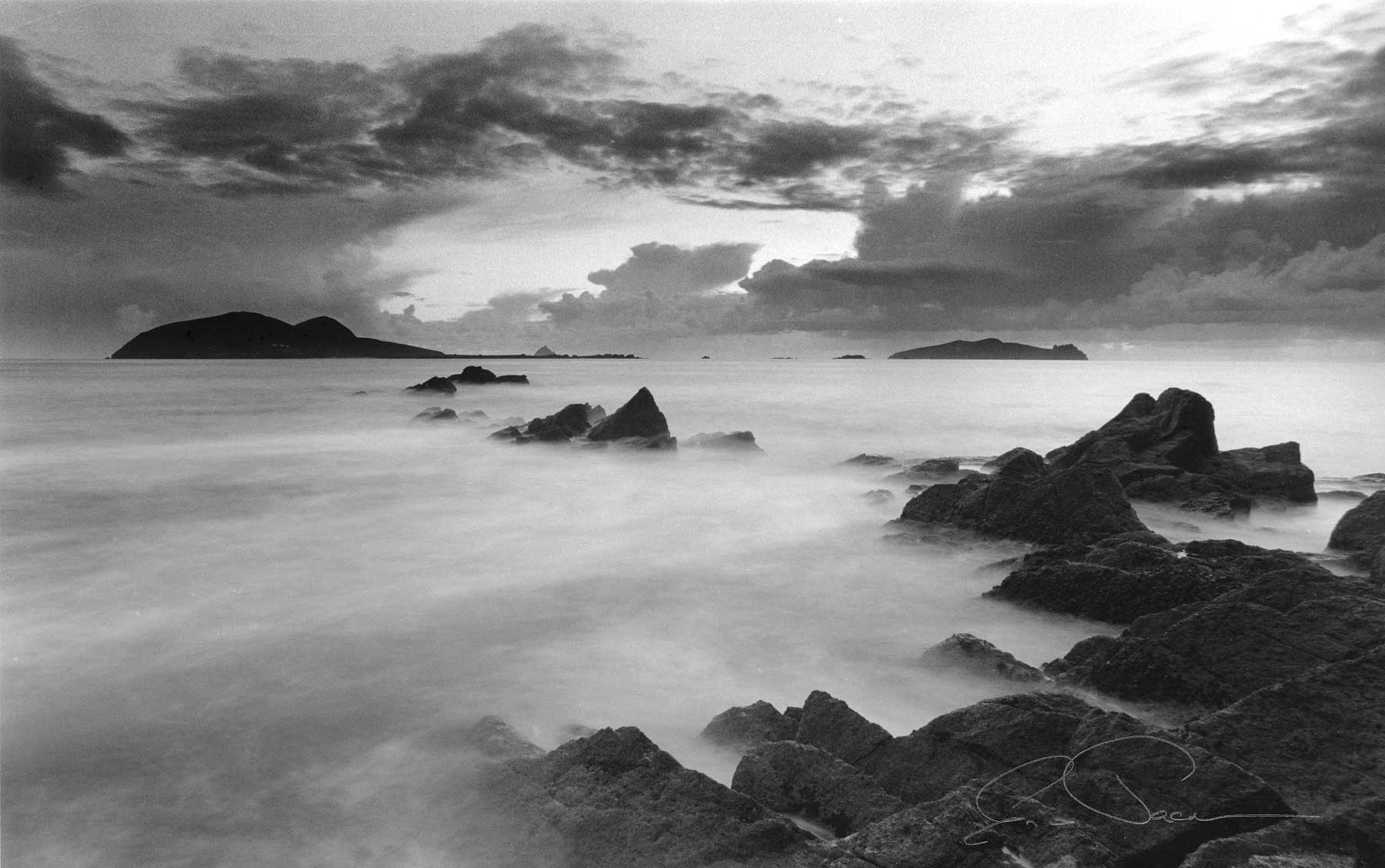 The Blasket Islands are located where the Atlantic Ocean meets the very edge of the Dingle Peninsula, in Co Kerry, Ireland. There are six main islands in the group with Beginish situated about a mile and Inishtearaght 8 miles or so from the west of Dunmore Head on the mainland.  It is possible to visit the Great Blasket during the summer months with ferries that depart from the piers at Dunquin and Dingle Town, weather & seas permitting of course.

This image was taken from the rocks, just along from the beach at the end of the track that continues on past the entrance to The Blasket Centre in Dunquin.  As with some of my other seascape photographs planning for tides and not being able to plan for the weather and resulting swell meant this image took a year or more to come to fruition as well as many rolls of film shot from the same spot.

Composition wise, this is probably as close to a textbook case as I can go, beginning at the pointed rocks in the foreground that grab the eye and carry it along before applying a bit of pressure to head back and follow the gentle “S” formed by the reef out towards Beginish and The Great Blasket Island in the distance, finally releasing the viewer’s eye to carry on towards Inishtooskert and the sky.  There was also a fabulous touch of colour in the sky that evening and I guess you have to take my word for it!

The basic methods I use for long exposure photography will be contained in my upcoming post on Clogher Strand and many of the same workflows are also used here.  The films chosen here were generally a slow 50 or 100 ISO with a neutral density filter used with my Minolta X-300 & 28mm Rokkor lens.  Taken on Ilford FP4 film and developed in Ilford ID11 for 8½ minutes and hand printed in my darkroom in Dingle onto Ilford Multigrade IV paper.